After Apple, Spotify and Google, Amazon is now also betting big on podcasts. The 'big tech' giants expect podcasts to play a prominent role in media and content consumption in the coming years.

Amazon announced last week that it will be adding podcasts to its music service.

Last week, Amazon added about 70,000 podcasts to its library and is thus still a relatively small player in the podcast world. But certainly in America, Amazon is a feared competitor for Spotify, Google and Apple.

Amazon's podcasts will initially be available only in the US, Germany, the UK and Japan. When Amazon will make podcasts available to other countries has not yet been announced.

Amazon has announced that, like Spotify, it will be offering exclusive podcasts that can only be listened to on Amazon. Amazon hopes (expects) to earn money by placing ads in this exclusive podcast content.

According to The Wall Street Journal It is not yet known whether Amazon will automatically place these ads over this content or whether this will be done manually. It remains to be seen whether every podcaster will be able to make use of this.

One of the first exclusive podcasts that Amazon will be offering is Disgraceland. A podcast that takes a close look at criminal behaviour linked to the music industry. This year, Spotify also acquired the world's most popular podcaster, Joe Rogan. Read here about the Spotify / Joe Rogan deal.

In addition to Disgraceland, Amazon's podcast library contains many other popular, non-exclusive podcasts. Apple has not concluded any exclusivity deals with podcasters at this time.

According to Amazon executive Steve Boom, Amazon can't wait. Steve explains to WSJ that music streaming services are and will become much more than just music providers. Amazon is thus also responding to the emerging podcast market.

There is further speculation in the market as to the motives of Spotify, among others, to focus more on podcasters. This could have something to do with the complexity and enormous costs involved in buying music licences. For these companies the licensing costs run into hundreds of millions. With podcast content there are no expensive licensing deals and that is obviously interesting.

In addition, the number of podcasts has been rising sharply in recent years and more and more companies and individuals are podcasting. It is therefore logical that major players such as Amazon are giving podcasting a more prominent place in their strategy. 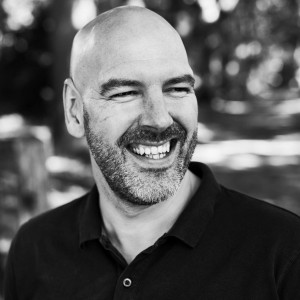 Why we are increasing the price of our Essential subscription

The podcast: a magnet for listeners and entrepreneurs

Host your podcast in Europe