Artist Nynke Laverman chose the podcast as a platform to promote her new album and to create social commitment. She successfully combined these two goals in her podcast.

The number of podcasts continues to grow and gain in popularity, which is obviously good news :D. This also makes it an interesting channel to put yourself in the spotlight or to share a story that is important to you.

And even better is when you can unite those two goals, commercial and social.

In this article we tell how artist Nynke Laverman chose the podcast to promote her new album... and how she also creates attention for social issues.

Nynke Laverman once broke through nationally with her Frisian fado and even performed for Queen Beatrix of the Netherlands. For almost every album, she has travelled, coming into contact with other cultures and arriving at new creations. In this way, the Frisian singer manages to renew herself again and again.

She recently produced a new album, Plant, and chose an alternative way to launch it. The podcast was an essential part of this.

How inspiration leads to an album

For inspiration for her latest album, she travelled to Wadi Rum in Jordan. With a guide and a camel she trekked across the vast desert plains. During the cold nights, she slept in a gorge for some shelter. During the day, she did not meet anyone.

And yet, in the evening, she was confronted with litter lying around. Mostly plastic. Just lying around in these crevices. This experience made it painfully clear to her how we humans leave our traces everywhere. And, what we do to nature.

This became the starting point for her new album 'Plant'.

The podcast as a slow release

Ok, so far it's about an artist making an album inspired by certain themes. Nothing new, you might say... But here comes the twist...

Due to corona, it is currently impossible to hold an album release show, so Nynke opted for a 'slow album release'. Until the premiere of her show 'Plant' in October 2021, she will release a new song every month, including a podcast!

For each song Nynke Laverman made a podcast together with Lex Bohlmeijer of Radio 4 and De Correspondent. In her podcast she talks to a scientist, expert or artist about the theme of that song.

In this series, she talks to nature philosopher Matthijs Schouten, art historian and writer Eva Rovers, cabaret artist Jochem Myjer and astronaut André Kuipers, among others.

The podcasts and the Slow Album Release are very well received. Nynke gets beautiful, inspired reactions and that is something that gives her a lot of energy and satisfaction.

For me, making an album is always a research, where in the first phase you read a lot, listen to a lot and have conversations. Normally, you hardly share that phase with your audience. At most, you talk about it in interviews. By making a podcast for each song, I can share my research, my underlying drive, with my audience.

Now I can show not only the result, so to speak 'the plant', but also the whole root system. And that really suits this project, because with Plant I wanted to express myself much more on this subject.

It has been the common thread in my work for a long time, but the urgency to talk about it with each other is increasing. How do we as humans, certainly as Westerners, actually look at everything else around us? And are we able to look differently and change our perspective?

Last month, the issue of Tree Tree was published. Nature philosopher Matthijs Schouten explains in the accompanying podcast explains how our Western worldview completely determines how we interact with our environment.

He calls the song Tree Tree fascinating: "Because behind it lies a world view that is at odds with our Western world view. In the West, we don't ask trees for anything. But if we want to move towards a sustainable future as humanity, I think we have to internalise this world view again.

The podcast has it all

So Nynke Laverman chose to use her podcast not only as a content channel for the release of her new album. With her podcast she wants to inspire people and share a message that is important to her. She also strengthened her personal brand with this.

This idea and the commitment that lies under the project are not conceived as a marketing strategy, but come from myself and from how I am in the current situation.

But I think something can only work if it fits who you are and what you want. When I made my first album of Frisian fado, I was also asked whether that was a clever marketing concept... But something like that arises from a personal quest, where the elements suddenly come together and appeal to an audience.

I think the trick is. To stay close to yourself as an artist when you express yourself to the outside world, even if it doesn't seem to catch on at first. In that respect, I believe in staying put.

A podcast can therefore also be a powerful channel for (personal) branding are. And it can be used for marketing purposes as well as social engagement! 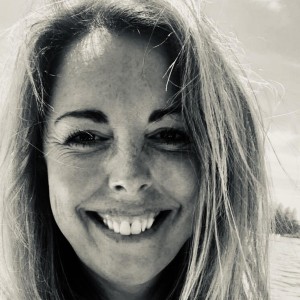 Naturally curious and always interested in people and their personal stories. As community manager of Springcast I connect podcasters with professionals who can improve and enrich their podcasts. And I help podcasters spread their stories.

New at Springcast: transcripts of your podcast

Why we are increasing the price of our Essential subscription

Host your podcast in Europe